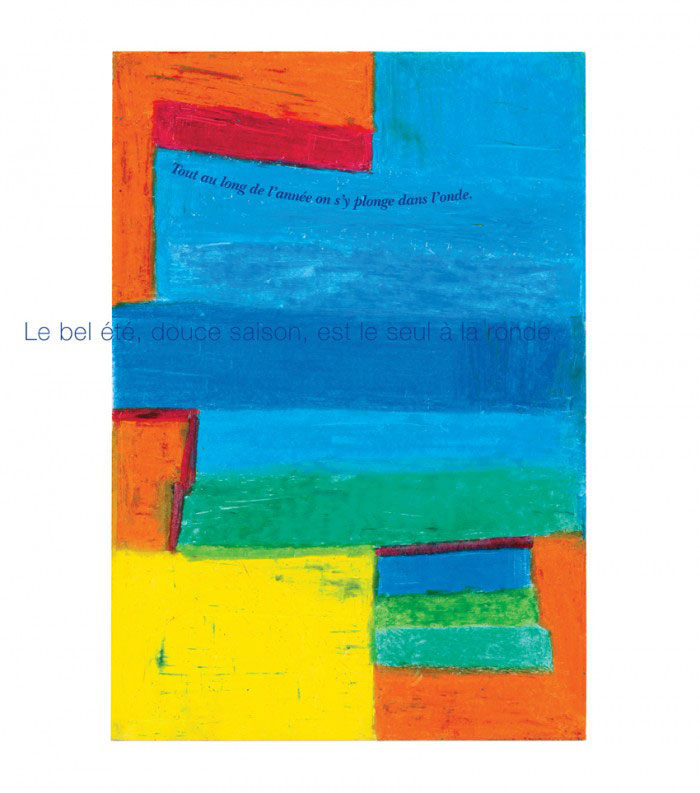 Orna Elstein published articles and poems in the literary journals Proza and Moznayim and some of her poems from the collection And Time Touches Like a Feather (1982) were set to music and performed by the Musica Nova Ensemble at the Tel Aviv Museum of Art.

A boxed set of her poems “The Gazelle of Oblivion” (1993) was published in a bilingual edition in collaboration with the Museum of Modern Art of Vienna, as part of “Makom” a platform for contemporary Israeli Art.

The poems were translated from Hebrew to German by the poet Tuvia Rübner. Orna Elstein composed and painted “My Radiant Island” during her half year stay in the Seychelles Islands in the Indian Ocean. The book was published in 2012 by Daniella De-Nur Publishers as a limited edition artist’s book, in a French version and in a Hebrew version. Laurent Schuman translated Elstein’s poem from Hebrew into French. Elstein created a video art based on her painting, which was screened at the Givon Art Forum in Tel Aviv (2012) and at the Hybrid Identities | UK/Cuba International Art Festival which took place in Edinburgh and at Camaguey in 2013.