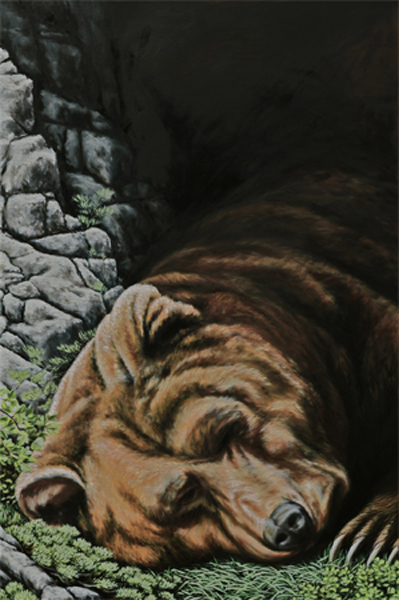 Despite the real will of politics in protecting it, the Pyrenees’ bear recently disappeared from France. The title makes us doubt about the bear’s condition: is it sleeping? The answer depends on the empathy between the viewer and the animal.

Who considers himself first prefers imagining the bear sleeping because it could be dangerous in its awake state. Who is worried about the animal’s condition supposes that it is sleeping, otherwise it could be noticeably dead…

A natural inclination makes us ascribe in the first group, but then the challenge is to demonstrate our humanity by hoping that the bear is actually sleeping. The concept that inspired the artist comes from Rimbaud’s poem “Le Dormeru du Val”.