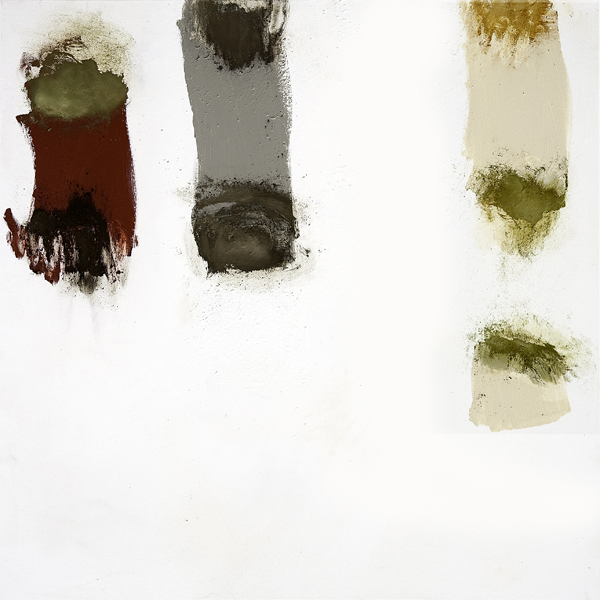 Born in Ludwigshafen am Rhein, the artist Beate Landen has a doctorate in biology. While on a sabbatical at the University of California in Los Angeles, she completed her training in drawing at the Art Department, and a few years later, on the occasion of a short stay in Graz, she took up an intensive study of water colours. A recipient of the German Federal Cross of Merit and co-founder and long-standing president of the Munich branch of the leukaemia charity, Leukämiehilfe, she decided to wholly dedicate herself to art after her own serious illness, and established her own studio in Munich in 1993, which she moved to Graz in 2002.

[…] With the tell-tale resolve she had shown as a scientist, she worked on perfecting her technical ability – the basic craftsmanship of her artistic creativity […] Beate Landen’s work is multilayered and cannot be classified under any “ism”.

To the observer at first glance, her paintings seem inaccessible, since what appears to them is a compact wall of earthy materials and colour. Only an intensive analysis – a deep involvement with her pictorial language and the many levels of meaning which the artist tries to sound out in her poetic and critical metaphors can grant access […].
Since 2005 Member of the international Art/Literature Project “Password”.
Since 2009 President of the Austrian Visual Arts Association Styriaand Teacher at Geras Art Academy and “Kunstfabrik” Vienna.

Less is more: reduce waste
These works are dealing with what each and everyone may contribute to environmental health in terms of saving energy:

Unless we increase our efforts to save energy our once colourful world will turn into a black and grey one!

Lightbulbs, only two are lightened.
Walking instead of using cars for every meter to move will save energy and reduce pollution!
Reducing packaging and separating waste will help saving energy.
All these are small efforts for a single person, but summing it up the consequences would be enormously positive! It´s not only the really “big things” that help; many small efforts might end up in a huge impact! Less is more!