Born in Oristano in 1933, Piras was deeply affected by the premature death of his father, the war, the tragedy of Foibe, and the front experience in Tuscany. He eventually moved to Marche, where he attended the Scuola d’Arte e Mestieri of Corridonia. In 1955 he started working as wood carver and inlayer together with Crippa and Cassina in Milan. At the time he joined the so-called “scapigliatura milanese”, took part of Triennale di Milano, and won the Bollate and the Leonardo d’Argento prize as well.

In 1967 Piras moved to Marche again, where he focused his artistic research on engraving, after a long experimentation in the field of sculpture. His chemistry studies allowed him to shape an original approach to engraving, based on the investigation between the ink and the slab, being inspired by Hayer’s experience. Furthermore, also his previous expertise as sculptor gave him the chance to shape the slab as a sculpture, inspired by Michelangelo‘s balance between rigor and impetus. 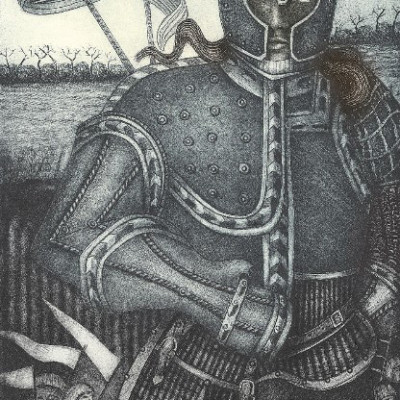