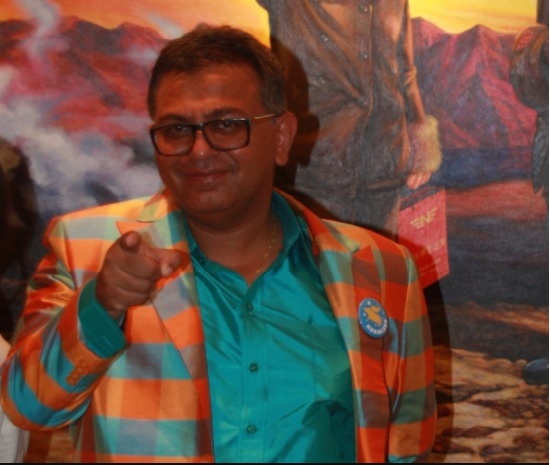 Born in 1971 in Chiang Mai, Navin Rawanchaikul is an internationally recognised Thai artist of Indian descent who has developed a unique and vast body of works that rely heavily on team spirit and collaboration. Questioning modern systems of artistic production and presentation, Rawanchaikul seeks for ways to put art in touch with the lives of everyday people. His work is often produced under the banner of Navin Production Co., Ltd., his production company that founded in 1994 launching the first product of bottled polluted water from a canal in Chiang Mai. In 1995, he initiated his landmark project Navin Gallery Bangkok, in which an ordinary Bangkok taxicab was transformed into a mobile art gallery. Its great success prompted several versions of the Taxi Gallery around the world including Sydney, London, Bonn and New York.

Embarking upon more international presentations of his work, Rawanchaikul started to engage in a process of exploring the negotiation between local circumstances and trends of globalisation. The artist is best known for dynamic art practices that involve direct public interventions, social commentary, and an innovative style of integrating community or individual experiences into eccentric fictional tales featuring recurring characters.

His oeuvre has grown to encompass a broad array of media including performances, billboards, films, comics, games, merchandises and cocktails, and he has even formed his own party, the Navin Party that aims to bring together fellow Navins from different parts of the world.
In addition to a series of community-based art projects that he has continually presented in his home country, Rawanchaikul has held solo shows at prestigious institutions including New York’s P.S.1 Contemporary Art Center (2001), the Palais de Tokyo in Paris (2002), Jim Thompson Art Center in Bangkok (2006) and Ullens Center for Contemporary Art in Beijing (2009) among being included in several international art exhibitions and festivals. His works are housed in the collection of international museums and art centers including Asia Society in New York, Foundazione Sandretto Re Rebaundengo per L’Arte in Italy, FRAC in France, Fukuoka Asian Art Museum in Japan, Pinchuk Art Center in Ukraine, Moderna Museet in Sweden and Inhotim in Brazil.

In 2010, Rawanchaikul awarded the national Silapathorn citation from the Thai Ministry of Culture in the respected field of Visual Arts. He divides his time between his family in Fukuoka, Japan, and his hometown of Chiang Mai where Navin Production is based. 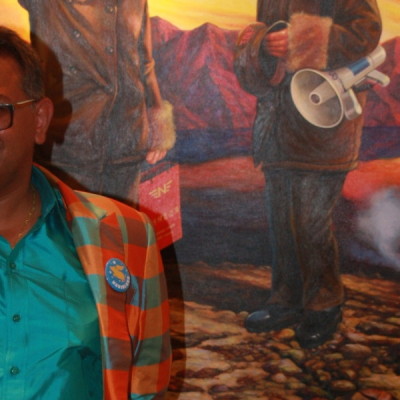