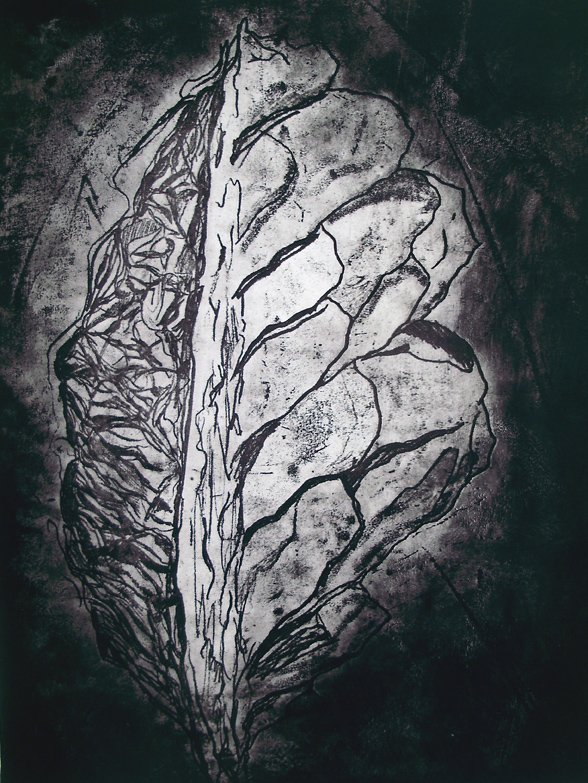 Max Reid is a young artist, born in Santiago de Chile in 1987. He attended the Academy of Fine Arts in Venice (graphic Art course). Among other exhibitions, he has participated at the collective “Dürer a Venezia- Prove d’Artisti”, held at the Chiesetta di Maria Ausiliatrice a Venezia between 30 June and 14 July 2010, organised by the Academy of Fine Arts of Venice in collaboration with the Municipality of Venice, Burano and Murano. From 2009 Max Reid is present in the laboratories of graphics and engraving inaugurated by the European Council of Art at Forte Marghera, Venice.

Mirage
Following the veins of a leaf tree is comes out this part of the desert that floats in the space, as well as once the Easter Island, Rapa Nui, drained its resources thanks to a small civilization which developed too fast with respect to the territory. After a period of extreme abundance humans became cannibal on Rapa Nui. There weren’t neither water nor trees, nor animals to eat. It’s an example on a small scale of what the world is living nowadays.