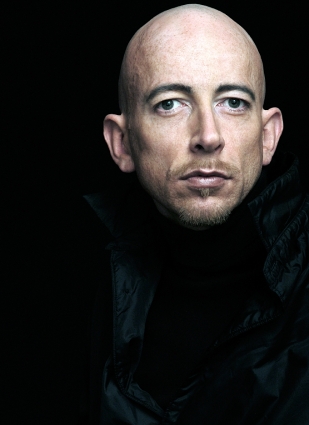 “My paintings are pictures of the soul of this world and reflections of humans.”

Born in Salzburg (1967), Herwig Maria Stark lives and works in Wien in Austria. After attending Fashion school “Modeschule der Stadt Wien im Schloss Hetzendorf”, Stark continued his study training in Italy at the AIM (Italian Academy of Fashion Florence) in Florence. Between 2000 and 2009 he focused his attention on painting in New York at Irina Nakhova. Afterwords he received the basics knowledge in the great traditions of “old masters” first at “Faber Castell Academy” (Nürnberg, Germany) and then at the Florence Academy of Art by Angel Ramiro Sanchez. In 2005 Stark was awarded with the “Premio Lorenzo Il Magnifico” by the city of Florence on occasion of the Biennale Internazionale dell’Arte Contemporanea di Firenze 2005 and in 2006 with the “Henkel Award of the Jury” at the Biennale Austria 2006. He was invited joining the group exhibition in Italy, Austria, Indonesia, England, Japan. Stark worked as stylist and set designer for prestigious Austrian and international medias, companies and photographers as Helmut Lang, Diesel Austria, Mario Gonzales, Raphael Just and Escada. His works are present in numerous private collections.

The color white, which includes all colors of the range, symbolizes in this painting the energy of all-endless, never running out, comprising everything, out of which everything is formed and turning into matter, which is modifying, changing to something new, a never ending cycle.

ENERGY, invisible like the color WHITE, is composed by billions of smallest protons, ions, neutrons, electrons. It moves, forms, creates itself by getting bundled depending on its speed and/or by connecting with other bunches. The human, illustrated in compressed white, develops out of energy and needs energy for reflecting, for reshaping, transforming, moving. Generating energy like all other forms of energy in an incessant cycle. The formula E = mc² developed in the year 1907 by Albert Einstein repealed the fundamental distinction between matter and energy and was the begin of a new “energy”-age. It depends on mankind to direct, create, reshape their bodies, the planet, the universe in the right direction within the permanent flow of energy or to destroy and demolish. 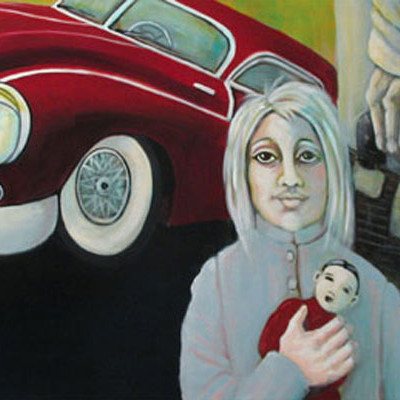 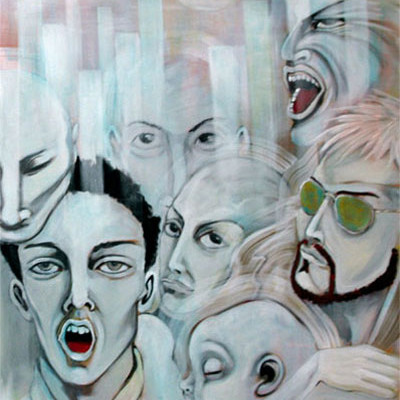