The Concilio Europeo dell’Arte inaugurates the re-opening of the InParadiso Art Gallery in Venice, alongside "Le Muse Inquiete" by La Biennale di Venezia 2020, with a double solo-show that connects the latest works by the painter Antony Fachin with the profound reflection of the designer Dario Torresani: 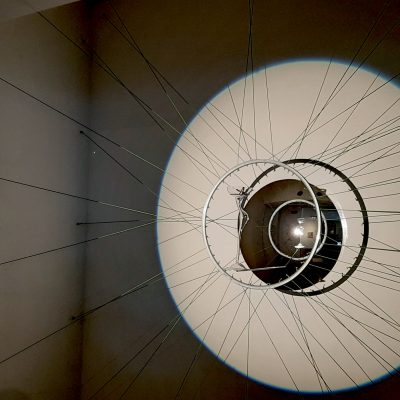 The Concilio Europeo dell’Arte inaugurates the re-opening of the InParadiso Art Gallery with the double solo-show “Fragile | Glass as Woman” that connects the latest works by the painter Antony Fachin with the profound reflection of the designer Dario Torresani, pushing his work towards the definition of a material, methodological, formal and ethereal metaphor between his glass artwork and Woman. Concilio Europeo dell’Arte focuses once more on the female figure, her Beauty, delicacy, finesse, and despite everything, her innate condition of Fragility.

CEA – Concilio Europeo dell’Arte dedicates the exhibition to the valorization of women and their role’s in the Art claim, not just as women artist tout-court but as an inspiring subject of two – apparently – distant personalities who find themselves investigating the female universe from different and complementary points of view.

“Fragile | Glass as Woman” is the continuation of the solo exhibition “Y la Culpa No Era Mía” (InParadiso 3030, 08.02 – 08.03 2020) by the versatile artist ANTONY FACHIN, who during his whole artistic path has suggested many mutable, even ambiguous female roles and masks, but always recognizing the strength and the emancipation of woman leading humanity to specific aims.

The painter takes up again the current and social issue that Concilio Europeo dell’Arte firmly wants to introduce to its public through images: women who are victims of all kind of violence but that find the individual strength (subjective situation) and mostly and finally with the collective mobilization in the squares of many countries – to re-appropriate of their subjectivity, of their universal right to “be women”. The artist Antony Fachin does not compromise, he breaks the silence and paints the echo of loneliness, of frustration, of pain of women that are victims of violence.

Under the curatorship of the Concilio Europeo dell’Arte, the two artists build a bridge between – only apparently – opposite dimensions of the female figure. The pain soon transcends into Beauty, the woman’s Fragility is naked in front of herself, she is no longer afraid to show herself, because she is “formally supported” by her delicacy, finesse.

Throughout the interaction of DARIO TORRESANI with the workmanship of the Masters of the Murano glass art, the profound connection between woman and glass material becomes clear.
The artist-designer Torresani gives us an iconic image, his “Glass as Woman” cup is a material, methodological, formal and ethereal metaphor between his work and Woman. The choice of a perfect crystalline transparency enhances the female soul and at the same time reveals its strength and Fragility. The Shape | The cup has always been a typological symbol of artistic expression in Murano glass art. It is made up of three profile details: the mouth, the womb and the foot. The cup is completely hollow and welcomes the fluid up to the foot. The shape represents life as procreation and therefore a symbiotic relationship between man and woman.

The Glass | Made in Murano (Venice), the glass is crystal clear. This choice enhances the female soul, which appears in the internal cavity, and shows how fractures can wound both the soul and the body.

The production Method | Among others, the glass Master Dino Rosin often reports: “Glass is alive and it is like a Woman. Glass must be courted with constant heat and a constant rise in temperature. All the mistakes you make … You will carry them accumulated until the end of the process”. Glass making is a production process that requires time, progressive and never aggressive heating. If the glass is not respected in its nature, it explodes or makes small cracks that can resist or yield even after 20 years. The glass remembers every mistake. The “Glass as Woman” cup has been subjected to forces greater than the resistance of the glass material. This voluntary forcing is conceptually linked to the misunderstanding that often occurs between man and woman and which hides a breaking point.

Glass needs to be known and understood and the greater the awareness of what is intrinsic in the glass material, the greater the expression of the beauty that, in symbiosis with man, it can reinstate.