“BY THE SEA”, is a spontaneous mini-retrospective exhibition of Carole Feuerman, the American super-realist sculptor. Installed in the legendary Caffè Paradiso, the artists’ hangout in the cool Giardini, the show pays dual homage to Feuerman’s swimmers and to Venice herself, the ultimate seaside city. 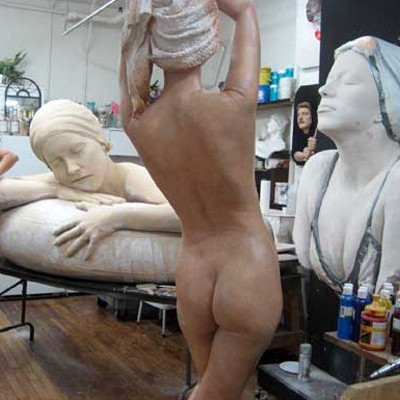 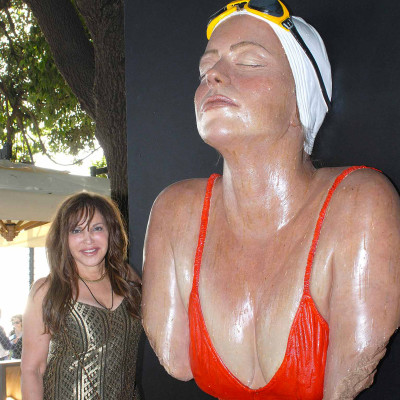 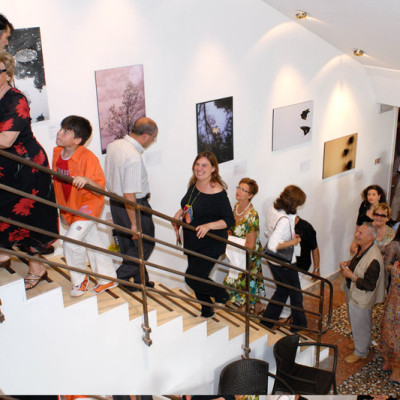 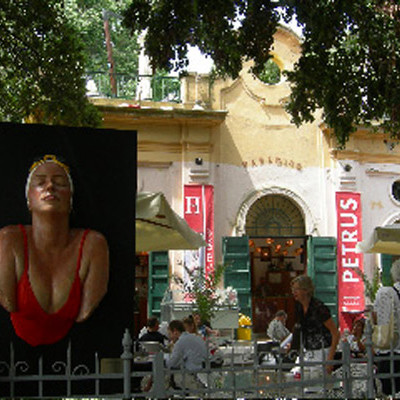 Carole Feuerman first unveiled her bathing beauties at the Basel art fair of 1979. Today, she is the reigning doyenne of super-realism. BY THE SEA presents five major sculptures from the whole span of her career, 1981 to 2007, and still going strong.

Born in 1945, Carole Feuerman was a full generation younger than Duane Hanson and John de Andrea, the pioneers of figure sculpture that is life-sized and life-like down to the tiniest details. In the early Seventies, while Hanson was exhibiting his supermarket shoppers and other Pop Art satires, Feuerman was drawing album art for Alice Cooper and the Rolling Stones (‘Monkey Man’). When she turned to sculpture in 1978, she took super-realism in a new direction: she got personal.

Feuerman knew that the flipside of junk-food culture was a new awareness of ‘wellness’. Health, the World Health Organization decided in 1970, embraced a total package of “physical, mental, and social well being, not merely the absence of disease or infirmity”. A sound mind in a sound body, in other words. Feuerman’s swimmers and bathers feel good inside their own skin. Thirty years ago, showing healthy, intelligent women was a radical departure in contemporary art. Now, to a new generation of realistic sculptors, Feuerman looks like an old master.

“In Paradise” of 1984 represents a woman drying her hair. The piece is a late 20th-century vision of a classical Venus – Venus Anadyomene – that Venetian painters like Titian updated for the Renaissance. Instead of emerging from the sea, wringing her tresses with her hands, the contemporary woman steps out of her shower, her hair wrapped in a towel.

Until 2005, Feuerman respected the canon of super-realism, always making her sculptures life-sized, sometimes incorporating casts from the model. “Grande Catalina”, featured in BY THE SEA, was her first monumental piece, based on the life-sized “Catalina” of 1981 in the Boca Raton Museum of Art. Unfazed by the December rain and chill, the giant swimmer posed contentedly for thousands of snapshots taken by visitors going to and from the Biennale in the Fortezza da Basso in Florence.

“Survival of Serena” is a new work, expressly made for this summer exhibition. Like its sister “Grande Catalina”, Serena is super-sized super-realism: it enlarges upon “Inner Tube” of 1984. She was named in honor of the traditional name of Venice, La Serenissima, which is typical Feuerman: saving Venice, while saving Venus.