Passionate of nature, Wright had as source of inspiration the growing rules of plants; from root to stalk, from stalk to flower and finally to fruit. This sense of indivisibility and integrity, is named by himself “organic architecture”. 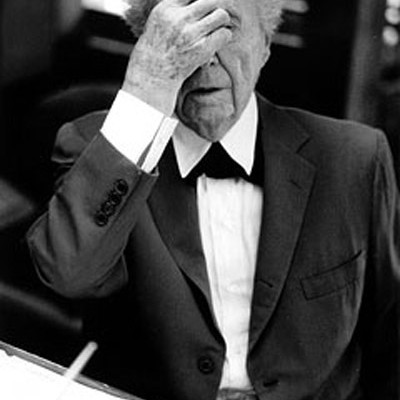 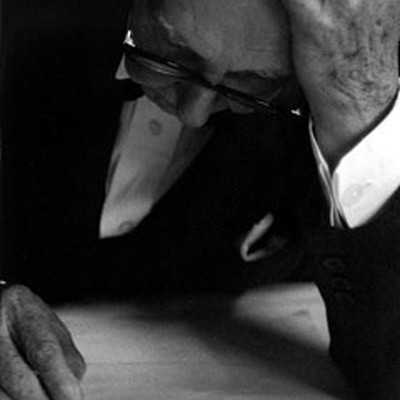 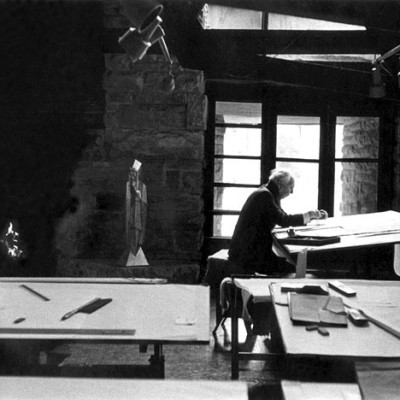 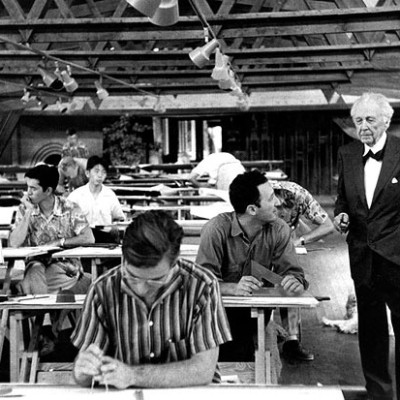 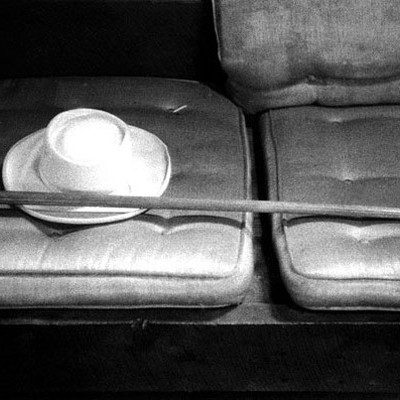 In 1957, Tony Vaccaro photographed Frank Lloyd Wright, one of the founders of Modern Architecture, for Look Magazine. Vaccaro pass with the great architect of fifteen days at the performance of Taliesin, Wisconsin, where Wright lived and taught his students his own principles and techniques. Wright was 90: Tony 35 and he was already a recognized photographer owning to his shoots at the very famous magazines at the moment: Flair, Look, Time, Life and so on. From this meeting was born an inedited and intimate portrait of Frank Lloyd Wright that Vaccaro was able to expose in almost 3000 photogram taken from everyday life of whom was considerate an icon of Architecture. Faces, expressions and Wright’s attitudes were captured from Vaccaro with amazing ability. His shoots describe masterly the charisma that still transmit the “young ninety-year-old boy” together with his spirit and humanity. Wright dead two years later.

As mentioned in the preface of Giancarlo Carnevale’s catalog, President of the Faculty of Architecture IUAV of Venice, with this exhibition Tony Vaccaro offers an exceptional occasion to think about an epic stage of architecture, anchored to a scientific, cultural and artistic dimension. Unique and rare pictures published for the first time in Italy, that after 50 years, keep fascinating and taking part of all the historical events from 20th century. Vaccaro, once again, reconfirms his sense of belonging in the limited number of great contemporary photographers. The catalog which comes with the exhibition, introduced by Steffen Zugel, CEO of Fischer Italia Srl, which has sponsored the exhibition, besides the wonderful images of Tony Vaccaro, holds an exclusive interview audio to Frank Lloyd Wright where the Master talks about his life and thoughts about organic architecture. The exhibition and catalog are curated by Andrea Morelli.

Frank Lloyd Wright is born in Richland Center, Wisconsin, the 8th June of 1867, at the end of American Civil War and dead in Phoenix, Arizona, the 9th April of 1959, at the beginning of Space Age. Wright is considered one the precursors of Modern Architecture and his thinking keep inspiring designers nowadays.

Passionate of nature, Wright had as source of inspiration the growing rules of plants; from root to stalk, from stalk to flower and finally to fruit. This sense of indivisibility and integrity, is named by himself “organic architecture”. It may be appropriated to “time”, to “place” and to “humanity”. Wright develops continuously this three subjects to his projects, and none of them can progress without the other two. Each part is attached to the whole, as the whole is attached to single parts, into an organic entity. These are the interests which carry him on to select the subject of the single family habitation houses (“prairie houses”), which will represent a decisive aspect of his first period of activity.
In 1932, Wright founds the community of Taliesin where students coming from all around the world, still nowadays, can attend the school. In his 72 years dedicated to Architecture, Wright has carried out 1141 projects between drawings and designs, from whom 532 have been completed.

Tony Vaccaro, born in 1922 in Greensburg (Pennsylvania), has told with his photography stories and costumes from last 60 years, earning the merit of being considerate one of the masters of Photography. He participates to the Second World War as a war photographer from 1944 to 1945, almost 8000 photogram, pictures from American advance party, Normandy landing to Berlin. Since 1950 Vaccaro specialised in Journalism and Science at Long Island University. He becomes chair of photography of Flair magazine, afterwards he works for Life in Rome (1954-56). From 1956 to 1964 he comes back to New York at Look. From 1964 to 1968, he works as a correspondent for Life, Look, Venture, Esquire. He photographed famous celebrities from all around the world. In 1963 he receives the New York Art Directors’ Club medal for the best fashion photography. In 1994, he has been decorated by the French President Francois Miterrand, with the Legion d’Honneur.

Tony Vaccaro currently lives in Long Island, New York, where he continues with his artistic production as well as he prepares his exhibitions.