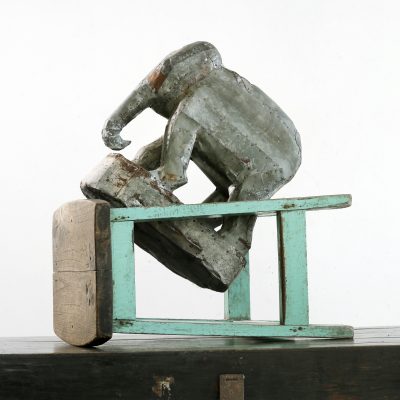 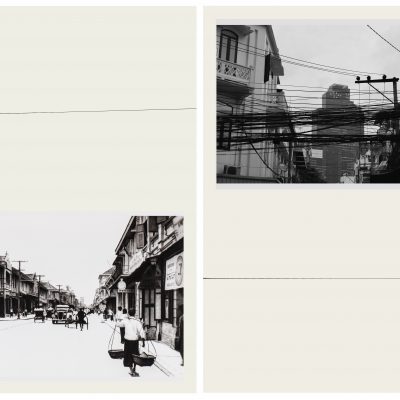 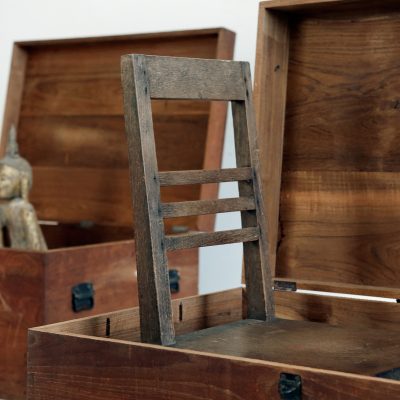 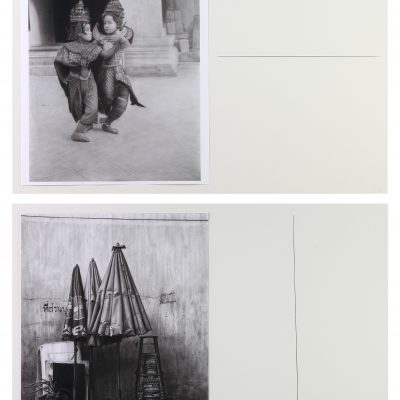 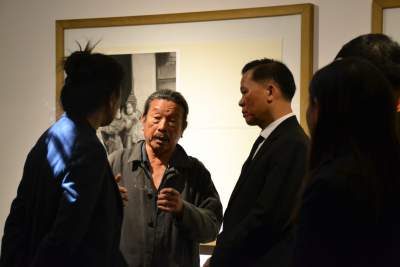 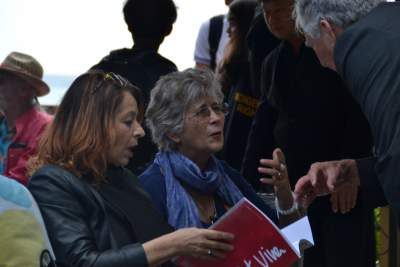 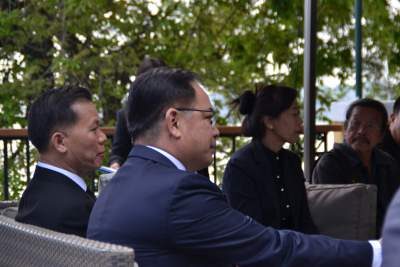 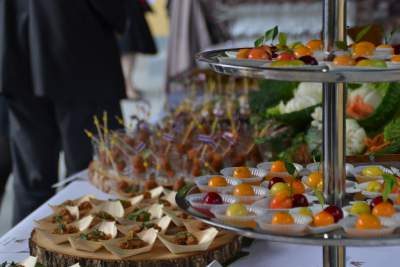 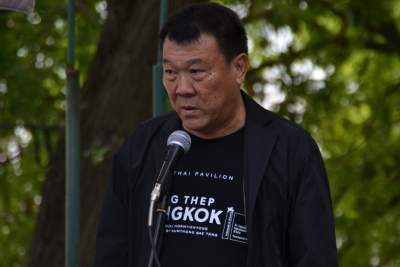 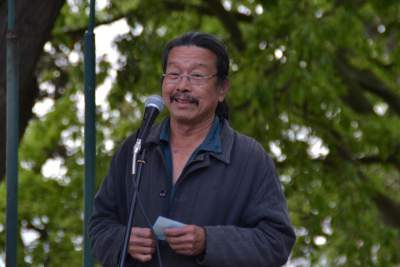 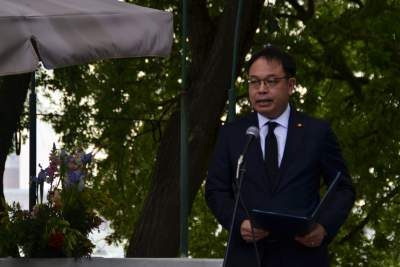 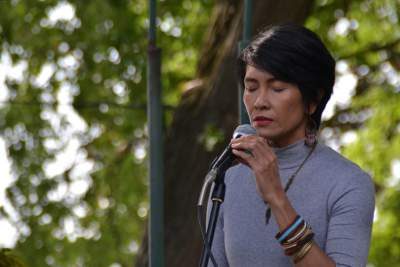 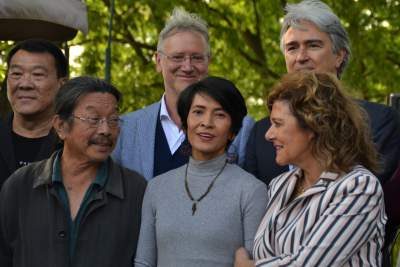 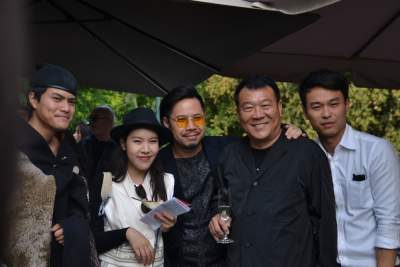 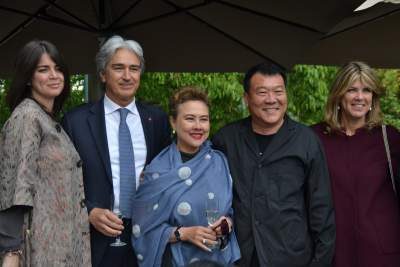 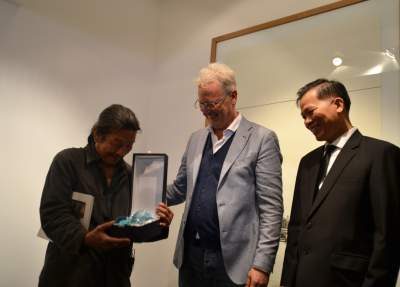 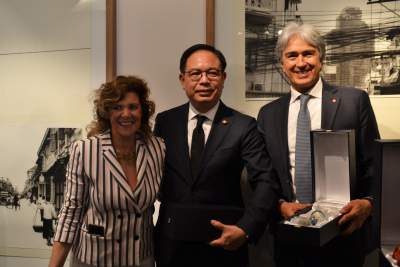 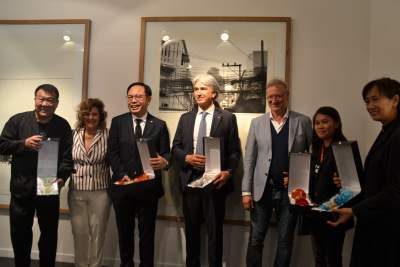 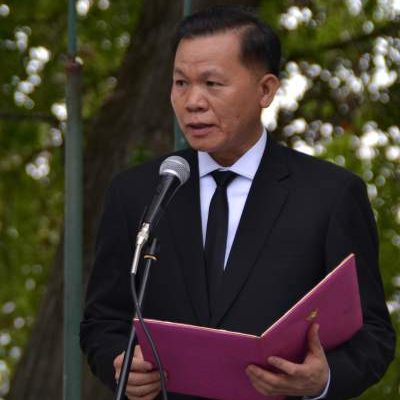 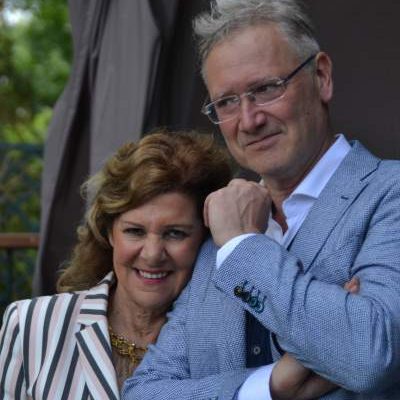 With KRUNG THEP BANGKOK, Somboon Hormtientong chooses all the objects for his installation with the most careful thought, and with the space’s limitation in mind, so that they would echo and rhyme with his story of Bangkok. What is interesting is how different pieces of past information about Bangkok as well as these used objects of ambiguous backgrounds are presented not as memorabilia of history, but rather as a storytelling mechanism of abstract narratives surrounding them. An ordinary wooden armchair that is placed in an open chest, for instance, may remind a Thai viewer of her school years, a civil servant, or a teacher’s room

Such reminiscence, based on the interpretation of each individual’s experience, is rather exclusive among those with similar backgrounds. But once we leave out some of our experiences that frame our thinking, and use ‘imagination’ to explore instead, we start to ask questions in the areas that are foreign to us: To whom does this chair belong? Who used to sit on it? Where was it before? Where has it been moved to? What history has it been through?

The answers found in such imagination might even surprise the viewer because it is as if there is a stream of stories about society, culture, lifestyle and politics flowing through this very chair to the ‘unattainable’ point. They are combined into memory and the identity of objects specifically chosen by Hormtientong. These objects are not unlike a ‘city’ of ours or theirs that has withstood a long period of time and been used by society and people. As stories flow in and out of it, the city also absorbs them as its identity.

These activities, though invisible, are happening constantly in every second. And for those who have the time, or with the same signal receiver, to observe, what are they seeing? This could be an important question in KRUNG THEP BANGKOK as Hormtientong traces back to the roots of society, culture, religion, which changed their courses throughout history. Yet they maintain the character of the ‘City of Angels’.

In the aspect of exhibition making at the Paradiso Gallery, it affirms the significance of the space in an art exhibition. However, what is more significant here is the artist’s determination and ideology dedicated to his art making, to freely express the aesthetics and his stories with nothing to hide, with disregards to the space and limitations that have yet to exist.

Hormtientong has collected his many thoughts and impressions to make art over a long period of time, and they always remained in his notion, waiting for the right time and situation to be ‘selected’ for others to experience. This is what gives his work in front all of us such a clear identity.