"Meravigliosa Alice" is the title of the retrospective dedicated to Alice Psacaropulo, that is going to be exhibit at InParadiso Gallery - Giardini della Biennale. 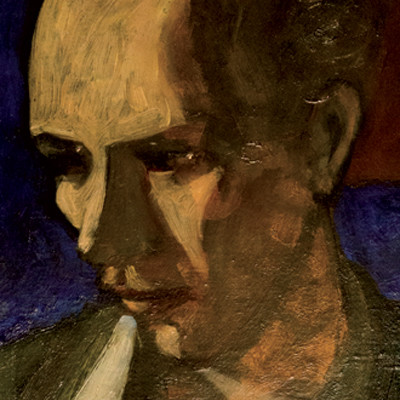 The exhibition “Meravigliosa Alice” is a retrospective dedicated to Alice Psacaropulo: having discovered in Trieste a group of artworks, which have never been seen, the Concilio Europeo dell’Arte decided to dedicate a solo exhibition to these works.

The displayed artworks are dated back to 1939 – 1943, the period of Psacaropulo’s attendance at Casorati’s Atelier and Albertina Academy of Turin: most of them are oil on boards and, due to the war straitened circumstances, often painted on both sides. The artworks (portraits, still lifes, and a precious crucifixion) reveal that her creativity reinterprets the Casorati’s magic realism, just before passing through the post-Cubist current and the language of Abstract Art.
This exhibition is held exactly 70 years after the last one in Venice (1946): on that occasion, a twenty-five years old Alice displayed her artworks together with De Pisis and Carrà.

Alice Psacaropulo was born on January 14th 1921 in Trieste: her father was Greek and her mother was Italian.

In 1944 she graduated at the Faculty of Philosophy and Literature at the University of Trieste and became the assistant of Professor Luigi Coletti, teacher of History of Art. In this period she got in touch with the Forte Nuovo Art School of Venice and many artists: Giuseppe Santomaso, Carlo Carrà and Filippo de Pisis.