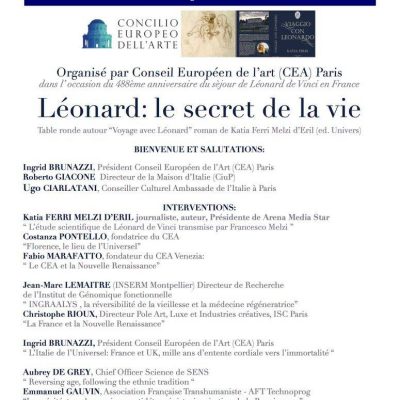 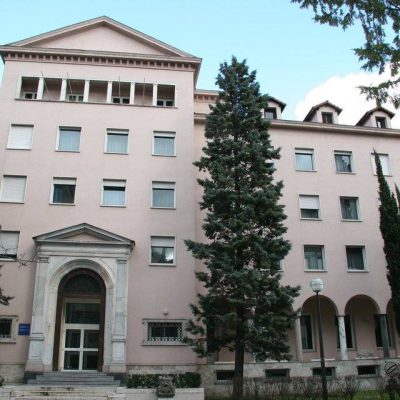 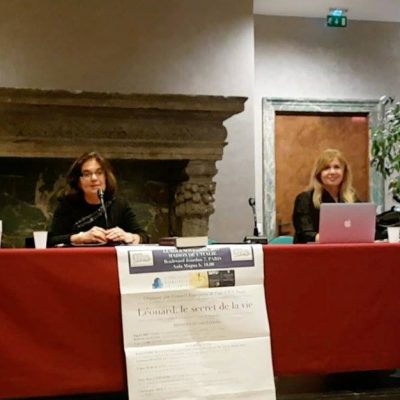 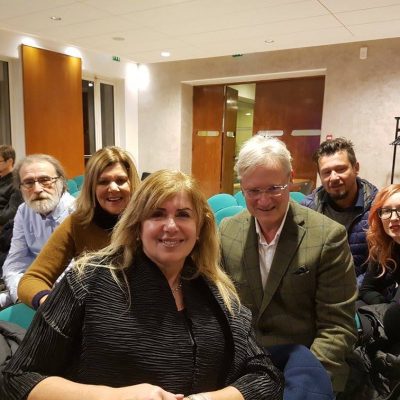 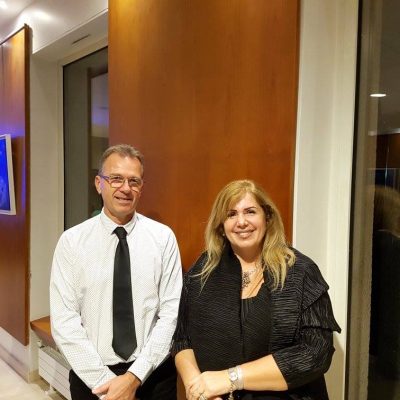 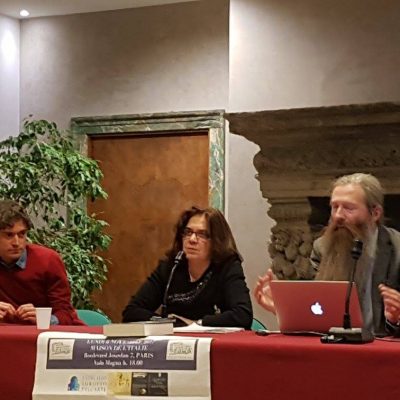 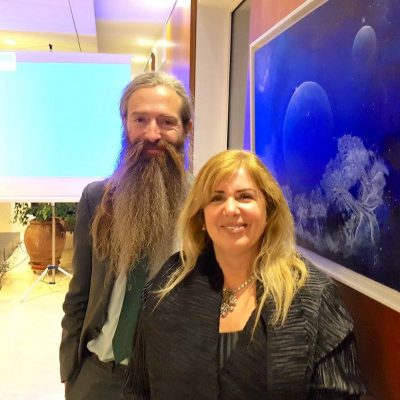 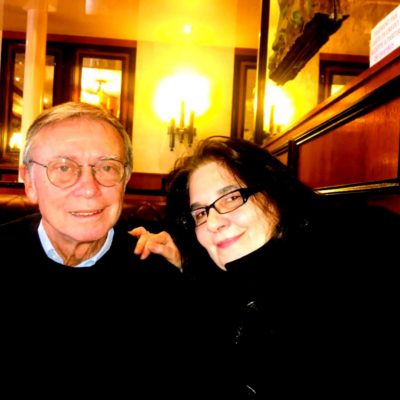 On November 6th 2017 CEA Paris organised the event “Leonardo: le secret de la vie” at Maison d’Italie in Paris on the occasion of the launch of the book “In Viaggio con Leonardo” (Journey with Leonardo) by Katia Ferri Melzi D’Eril, member of the family who hosted Leonardo da Vinci for many years in Vaprio D’Adda.

The novel gives the possibility of embarking on a journey to the future of medicine, the regenerative medicine, starting from the scientific studies made by Leonardo, which were passed down by his travel companion Francesco Melzi.

In this respect, the round table was enlivened by Prof. Jean-Marc Lemaitre, INSERM Montpellier, who presented INGRAAYLIS, biotech established in Montpellier for the study of the reversibility of ageing, and by Aubrey de Grey, who talked about the possibility of increasing longevity according to Anglo-American tradition. Emmanuel Gavin, French Transhumanist Association, took part in the debate with a critical analysis on the evolution of these subjects in Istria.

Ingrid Brunazzi, President of CEA Paris, talked about the importance of England in the history of France and in the scientific thought of the French Enlightenment, highlighting the peculiarity of Cartesian methode as mainly French style of thinking and as main actor in the evolution of globalization.
Fabio Marafatto, founder of CEA Venice, presented CEA’s mission towards the promotion of a new Reinassance, as well as the next projects of the Foundation; Costanza Pontello, co-founder of CEA, talked about the need of encouraging an evolutionary economy.

Finally, Prof. Christophe Rioux, Director of Sorbonne Luxury Hub, described the role of the France in the luxury field in the future of the new Reinassance.