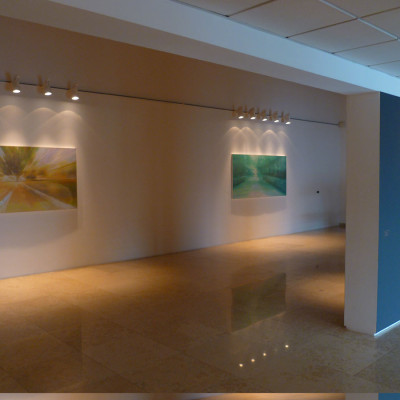 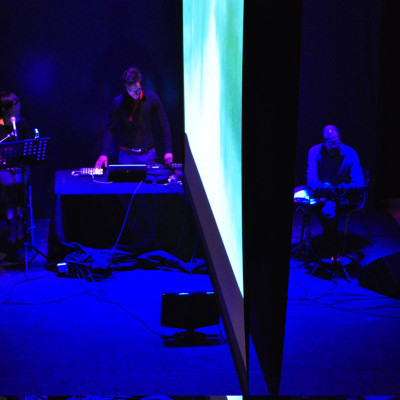 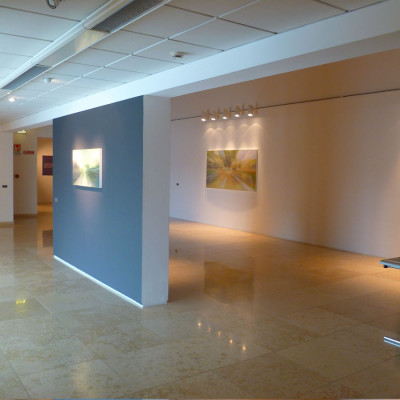 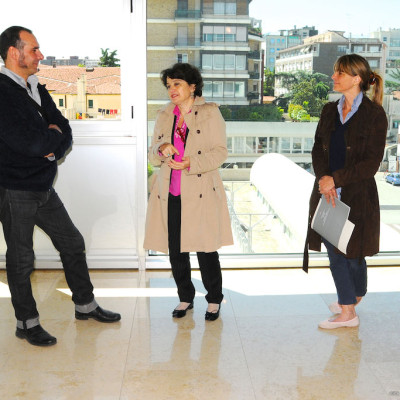 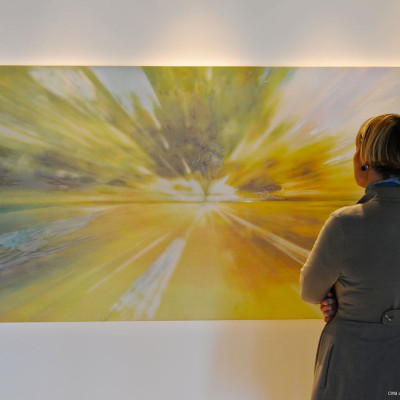 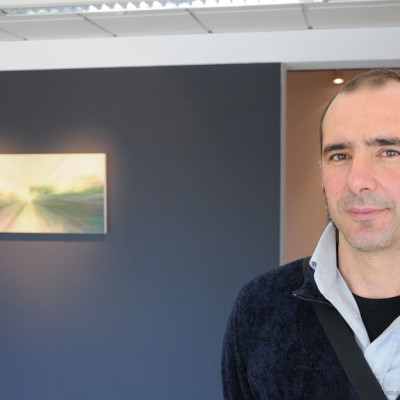 The suggestive exhibition of the painter Alberto Deppieri held at Centro Candiani di Mestre, Venice, has the significant meaning of  “Sospensione” (suspension) since it tries to portray the instant in which time and space meet each other.

The seventeen displayed artworks, wich have a common origin in the abstract-pictorial video called “Fluxus”, well represent Deppieri’s creative path and his own unique technique as well. The exhibition presents suggestions and images realised by the artist through the extrapolation of frames and snap-shots, materials that are the bases for his paintings: at first, the image is fixed on canvas, then it is manipulated in several stages by using different substances, as polycarbonate, wood or resin, and sandpaper.

Tiziana Agostini, Chairman for Venice Cultural Activities Committee, who attended the opening with Roberto Turetta, President of the City Council, claimed that “the outcome of this effort gives us precious artworks that involve peculiar suggestions: on one hand, they express the personality of the artist, and, on the other one, his special relationship with Forte Marghera and Mestre, his hometown, which Deppieri is able to represent in its true soul.”

The video “Fluxus” will be shown tomorrow during the inauguration, accompanied by a live soundtrack of Madriema e Romina Salvadori.

The exhibition has been curated by Federica Luser, and realised in collaboration with Centro Candiani and Concilio Europeo dell’Arte, under the patronage of the Municipality of Venice and its Cultural Activities Committee as well.